Your car's 'check engine' light may fill you with fear if it steadily blinks into life on your vehicle's dashboard. Yet while it could be associated with a multitude of different issues, there are several fairly common causes which you should check first.

Your engine relies on a certain mixture of air, petrol and electricity in order to operate. It has to have an unrestricted and constant flow of air and this system can sometimes break down. If air is not being supplied to the engine properly, that will trigger the check engine light.

Sometimes a leak can develop in a part of the system not regulated by a specific sensor that is designed to monitor these levels. In this case, a vacuum will be created, bypassing the sensor and causing the engine to run unevenly. It may also be the case that the sensor itself has developed a fault. You will notice symptoms like a lack of power, difficulty in starting or an engine that sounds 'rough' when idling.

Another symptom you may notice is an engine that appears to be misfiring, especially when it is just idling. While this can sometimes happen during particularly cold conditions, it can also be caused by a faulty ignition coil.

In your car's petrol tank is a small component known as an 'EVAP', which is designed to stop potentially toxic vapours escaping to the outside. It's a sealed component, but it does sometimes develop issues associated with valves inside. This can cause the check engine light to come on, but this gadget can also trigger that light if you haven't tightened your petrol cap properly.

With more pressure from environmentalists to reduce emissions into the atmosphere, vehicle engineers came up with a gadget called an exhaust gas recirculator. This directs an amount of the exhaust gases back around to the intake to be used again. Sometimes this component can fail when carbon deposits accumulate in and around the valves so they don't open and close properly. This is another way to trigger the check engine light. A symptom to look out for here includes the engine just switching itself off when it is idling, especially after coming to a halt following a long journey.

These symptoms can be checked at car service centres and will register specific codes on a check meter. 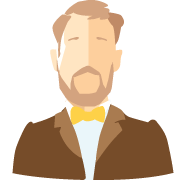 I love to take my car down to the track on the weekend. Running a race car is an expensive exercise so I need to be smart about how I spend my limited car budget. I do some of my auto servicing myself, but I don't have the equipment to some of the more complex jobs. I have put a lot of time and energy into my car so it's quite a commitment to trust someone else with my car, even for a few days, so I've found a trustworthy car service centre with a lot of experience in high performance vehicles. This blog has some tips on finding car servicing for racing cars.